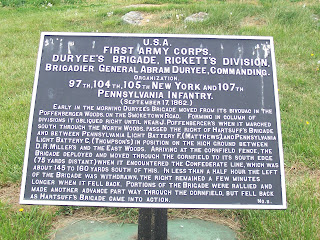 The commander of the 1st Brigade, 2nd Division, I Corps at the Battle of Antietam was Abram Duryee, aged 47 at the time of the battle and born a native of New York City.  He joined the city militia at the age of 18 and was one of the first to volunteer when the Civil War began in April 1861.  Duryee raised the 5th New York Infantry, who came to be known as “Duryee’s Zouaves” and who distinguished themselves on many battlefields throughout the war.  Duryee took command of the 1st Brigade at the end of June 1862.
The four regiments of Abram Duryee’s 1st Brigade were first together in the Department of the Rappahannock during May and June 1862.  The brigade was designated as the 1st Brigade, 2nd Division, III Corps, Army of Virginia under Major General John Pope and as such, was engaged at the Battles of Cedar Mountain (August 9, 1862) and Second Bull Run (August 28-30, 1862).  After the defeat of Pope’s army and the reshuffling of Federal forces inside of Washington City, Duryee’s Brigade became the 1st Brigade, 2nd Division, I Corps, Army of the Potomac.  The division was under the command of James B. Ricketts, the corps under Joseph Hooker, and the army under George McClellan.  I Corps moved out of Washington City on September 6 and, along with IX Corps under Jesse Reno, constituted the Right Wing of the army’s advance into western Maryland.


Eight days into its campaign, Duryee’s Brigade and the rest of I Corps encountered D.H. Hill’s and Longstreet’s Confederates at Turner’s Gap at South Mountain.  Ricketts’ Division played a supporting role and thus, casualties in Duryee’s Brigade were relatively light: 5 killed and 16 wounded.  After the battle, Duryee’s Brigade advanced to the east side of Antietam Creek and at 4 P.M. on September 16, crossed the creek at the Upper Bridge.  The brigade then moved to a position in a small woodlot on the Smoketown Road just northwest of the Samuel Poffenberger farm where it would bivouac for the night, lying in line of battle and on their arms ready for the action that was sure to come in the morning. 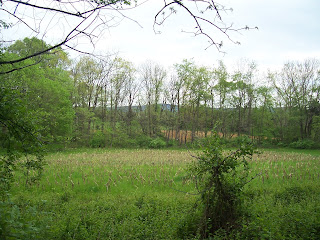 Bivouac of Duryee's Brigade looking east.  The plowed field is on the other side of the Smoketown Road.


The attack of I Corps on the morning of September 17 called for a two-prong attack whose objective was to advance towards the Dunker Church, whose white walls stood out in the morning light against the dark backdrop of the West Woods, and occupy the Dunker Church Plateau, where today’s Visitor Center stands.  Hooker’s First Division under Abner Doubleday would advance along the Hagerstown Pike towards the church; James Ricketts’ Second Division would advance along the Smoketown Road, and George Meade’s Third Division would hold the center of the line in reserve.  The hope was that Doubleday’s and Ricketts’ divisions would converge directly in front of the Dunker Church.


Ricketts’ assault would be led by George Hartsuff’s Brigade on the west side of the Smoketown Road and William Christian’s Brigade on the east side of the road.  Duryee’s Brigade would advance in close support of Hartsuff on the right.  However, almost from the outset of the attack, the wheels quickly came off; George Hartsuff was looking over the terrain of the field when he was wounded and had to be taken from the field while William Christian fled his command as soon as it came under fire.  Into this void in Ricketts’ Division would come the four regiments of Abram Duryee’s First Brigade. 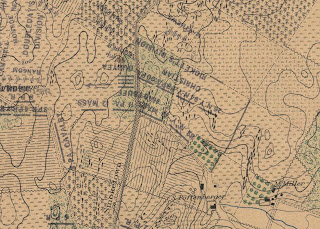 
From their bivouac on the night of September 16 and the early morning of September 17, Duryee moved his brigade west to the fields around the Joseph Poffenberger house and barn.  In preparation for their reserve role in the assault, each regiment formed into a column of divisions.  Simply put, a column of divisions is two platoons lined up in front with two more behind them and so on (see diagram).

Column of Divisions
Between 5:15 and 5:30 A.M., the brigade moved from its position east of Joseph Poffenberger’s south through the North Woods and into a plowed field beyond where it halted for about five minutes.  These men were easy targets for Jeb Stuart’s guns on Nicodemus Heights and were subsequently fired upon.  Reports conflict about the effectiveness of this fire.  Captain James MacThomson of the 107th Pennsylvania wrote in his official report, dated October 7, 1862 that the Confederate shots flew “about us like hail killing and wounding some of our poor fellows.”  However, Isaac Hall of the 97th New York “did not think a man in Duryea’s [sic] brigade on that day, was hurt by a cannon shot.”  Whatever the case may be, the men of Duryee’s command, accompanied by the four guns of Captain James Thompson’s Battery C, Pennsylvania Light Artillery, reached the north fence of David Miller’s cornfield at approximately 5:45 A.M. and deployed into line of battle. 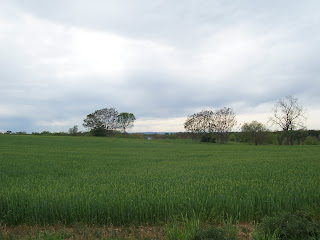 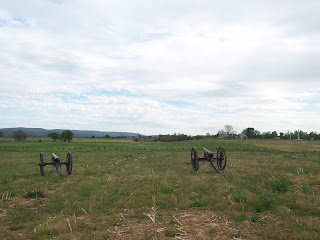 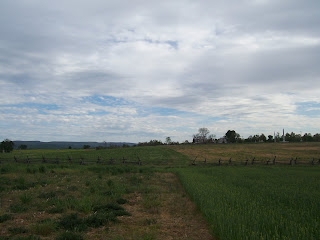 At 6 A.M., Duryee led his men south into Miller’s cornfield.  As the brigade came to the southern edge of the cornfield and a low Virginia worm fence, Georgians under the command of Colonel Marcellus Douglass rose up from the ground approximately 230 yards south of the cornfield and unleashed a deadly volley into Duryee’s ranks.  For the next several minutes, both sides stood in the open and poured lead into each other.  Then, the 105th New York, on the far left of Duryee’s Brigade, and the 104th New York, to the 105th New York’s right, advanced over 100 yards south of the cornfield.  However, combined fire from Douglass’ Brigade, the 12th Georgia of James Walker’s (Trimble’s) Brigade, and Stephen D. Lee’s 19 cannon posted on the Dunker Church Plateau forced the New Yorkers back into the corn.  During this advance, the native Irishman and commander of the 105th New York, Howard Carroll, fell mortally wounded with a bullet through his left calf and was carried from the fight, though the wound was not thought to be life threatening.  However, during the ambulance ride to Washington, Carroll developed a fever and died on September 29, 1862. 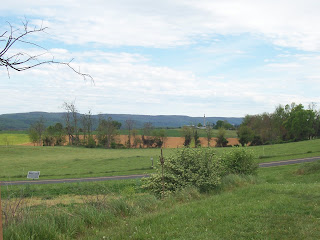 View from the south edge of the cornfield.  Douglass' Brigade stood approximately where the treeline is south of Cornfield Avenue 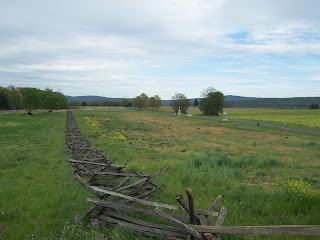 Ground over which the 104th and 105th NY advanced from left to right.


On the right of the brigade line, the 107th Pennsylvania and the 97th New York were not able to advance out of the corn.  Flanking fire from elements of the Stonewall Division on the west side of the Hagerstown Pike and the 26th Georgia of Douglass’ Brigade kept the two right regiments from doing anything besides returning fire as effectively as they could.  Thus far, Duryee’s men had kept up a ferocious firefight with Douglass and Walker but would soon be compelled to retreat by forces outside of their control. 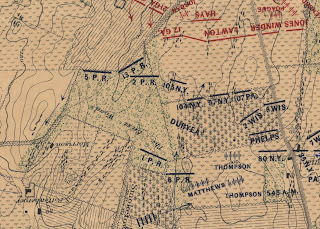 Loosely supporting the left of Duryee’s line was the remnants of Truman Seymour’s Pennsylvanians, mainly the 2nd Pennsylvania Reserves who were engaged with Walker’s Confederates posted near the intersection of the Smoketown Road and the Mumma Farm Lane.  “With the view of breaking the enemy’s line,” Walker ordered the 21st Georgia and 21st North Carolina to advance into the East Woods.  These two regiments pushed the 2nd Pennsylvania Reserves back slightly but not completely out of the woods.  This action led to an erroneous report that Duryee’s left flank was in danger and “without verifying the report,” Abram Duryee ordered his brigade to fall back at about 6:30 A.M.  Just as the 105th and 104th New York were falling back into the corn, they received this order and continued its rearward movement to the northeast section of the cornfield.  The right side of Duryee’s line also fell back at this time, though in a more confused manner.  The left of the 107th Pennsylvania and the right of the 97th New York did not receive orders and could not see their comrades retreating due to the smoke of battle and “the density of the corn.”  They only remained here a few moments more before these detachments of the regiments fell back to the north side of the cornfield.  The brigade reformed in the northeast sector of the cornfield and supported batteries in that area until approximately 8:30 A.M., when they reformed along with the rest of Ricketts’ Division north of the Joseph Poffenberger farm and remained there for the rest of September 17. 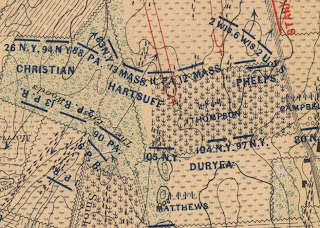 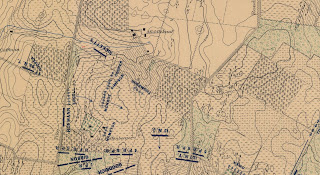 The 1,100-man brigade of Abram Duryee opened the Battle of Antietam in earnest on the morning of September 17.  It was the first to enter what is now the infamous cornfield and paid heavily for it, suffering approximately 33% casualties.  After Antietam, the core of the brigade would remain together until it was mustered out in July 1865.  As for its commander, Abram Duryee went on furlough in October 1862 and upon his return to the brigade, he resigned from the army due to his post being given to “an inferior” and he resigned January 5, 1863, only to be brevetted as a Major General of Volunteers on March 13, 1865.  Duryee returned to New York City after the war and died there on September 27, 1890 at the age of 75. 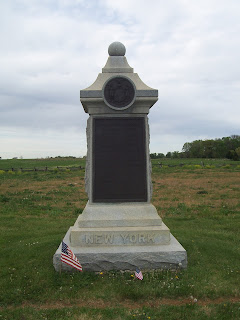 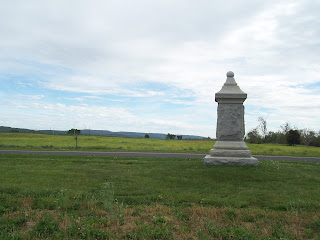