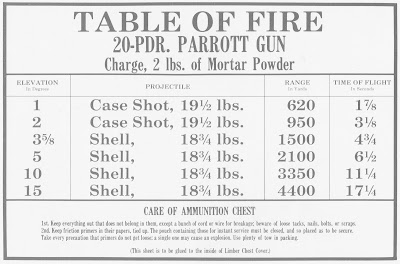 When George McClellan reached the eastern banks of the Antietam Creek on the afternoon of September 15, 1862, one of his first orders was issued in person to his Chief of Artillery, Brig. Gen. Henry Hunt. He told Hunt near sundown "to select places for our guns of position."(1) These guns had a large role to play in the upcoming fight and in McClellan's battle plan.
A few months ago, I had the pleasure of being able to walk the ground where many of these guns were positioned on September 17 on a ridge owned at the time of the battle by the Ecker family. The wartime Ecker house still stands. This prominent ridge, what I will refer to as the Ecker Ridge, stands prominently along Antietam Creek's east bank and has a commanding view of much of the Antietam battlefield. It is easy to see why it was prized by McClellan and Hunt and why the guns posted there were so effective.
Since it was such a rare treat to visit, I took plenty of pictures, trying to capture the Federal artillerists' views as best as I could. But before posting those, in what will be Part 4 of this series, I first wanted to take a closer look at these guns of position. 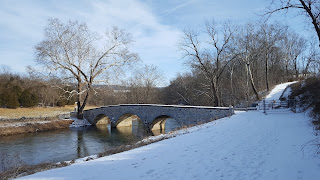