As the ink dried on the September 25, 1862, edition of the Louisville Daily Democrat, the word "Antietam" was still a new edition to the American lexicon. The battle was just eight days old and still occupied plenty of space in newspapers around the United States and the Confederate States.

The Louisville Daily Democrat's editors wanted to ensure that its readers could spell and pronounce "the name of the creek on the banks of which McClellan fought the greatest battle and gained the most glorious victory of the war." After all, they had to make up for the earlier misspelling of the word, which "the telegraph has shockingly mutilated."

"[T]he name is destined to be a household word in all time to come," they wrote. "The name is Antietam--pronounced An-tee-tam, with the accent on the second syllable."

Read more »
Posted by Kevin Pawlak at 6:26 AM No comments: 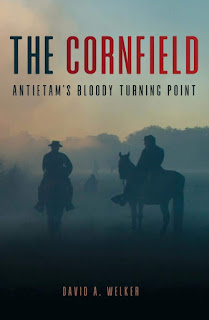